© Valve Corporation. All rights reserved. All trademarks are property of their respective owners in the US and other countries. Privacy Policy  |  Legal  |  Steam Subscriber Agreement  |  Refunds

Links & info
Is this game relevant to you?

Steam is learning about this game 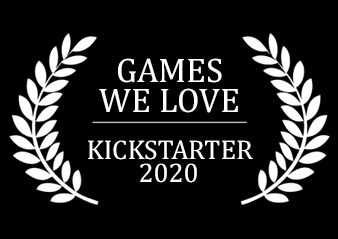 Get instant access and start playing; get involved with this game as it develops.

Note: This Early Access game is not complete and may or may not change further. If you are not excited to play this game in its current state, then you should wait to see if the game progresses further in development. Learn more

What the developers have to say:

“The current version includes 30+ hours of content, 6 player online co-op, 180+ enemies, 500+ items and 7 different environments all with their own world maps, battle maps and boss fights. However, we want to develop Stolen Realm into the best game we can, and we and found that involving our community in the process is the best way to do that.”

Approximately how long will this game be in Early Access?

“Our plan is to stay in Early Access for around one year, but depending on player feedback and the amount of content we choose to put into the final game, it could take longer.”

How is the full version planned to differ from the Early Access version?

“We plan on diving deeper into the exploration aspect of the game allowing the party to make fun and interesting choices. We also plan on adding more content in general (items, enemies, environments, quests, skills, etc.) We would like to add support for as many languages as we are able. Also we plan on working closely with the community to add the features they want most.”

What is the current state of the Early Access version?

“The current version includes 30+ hours of content, 6 player online co-op, 180+ enemies, 500+ items and 7 different environments all with their own world maps, battle maps and boss fights. Online play through Steam or TCP/IP is supported.”

Will the game be priced differently during and after Early Access?

“No definitive plans here yet, but likely will be higher after Early Access.”

How are you planning on involving the Community in your development process?

“We heavily use our Discord server and sometimes the Steam forums to communicate with our community. We have Discord channels for each aspect of community feedback.”
Read more
This game is not yet available on Steam

This game plans to unlock in approximately 2 days


The emperor has found the last elven holdout. An entire empire bears down on us. Enter the rifts to discover lost cities, enchanted forests, foreboding mines and dungeons deep. Venture forth alone or with a party. Discover ancient magic and mythical weapons to empower you. Restore the Stolen Realm.

Who will you be?

The classic wizard, thief or fighter? Or will you break the mold to forge a champion all your own? A spell slinging assassin, a priest born of frost or a shadow infused knight. There is no limit to what you can create with multiple systems and flexible customization. Choose to go all in on one of 8 skill trees or mix and match to your hearts content.

What will you wield?

Abbadon the Soul Crusher, a mythic mace that raises slain enemies as skeletal warriors to fight for you? The Bloodletter, a cursed sword that grants additional power at the cost of your lifeblood? Earn and reforge loot that truly changes the way you play.

How will you conquer?

By splitting your opponents with a well placed ice wall? By sneaking through unsuspecting crowds to deliver the fatal backstab? By raining arrows on your foes as you take the Shrine of the Conqueror to devastating effect? Defeat your opponents in satisfying, tactical, turn-based combat. Enjoy tactical strategy where every step matters.

Who will help you?

A carefully crafted team under you control? Your friends through 6 player online co-op? Or will you be a lone wolf with only a trusty blade at your side. Immerse yourself in a world that scales well for a full party or a single character.

What will you discover?

Frosty peaks guarded by the elusive Blue Dragon? Overgrown jungle where the rock giants roam? Deep dungeons where the undead rise. Explore a world that changes on each expedition. Outsmart clever enemies.

There are no reviews for this product

You can write your own review for this product to share your experience with the community. Use the area above the purchase buttons on this page to write your review.

You can use this widget-maker to generate a bit of HTML that can be embedded in your website to easily allow customers to purchase this game on Steam.

Enter up to 375 characters to add a description to your widget:

Popular user-defined tags for this product:(?)

Sign in to add your own tags to this product.